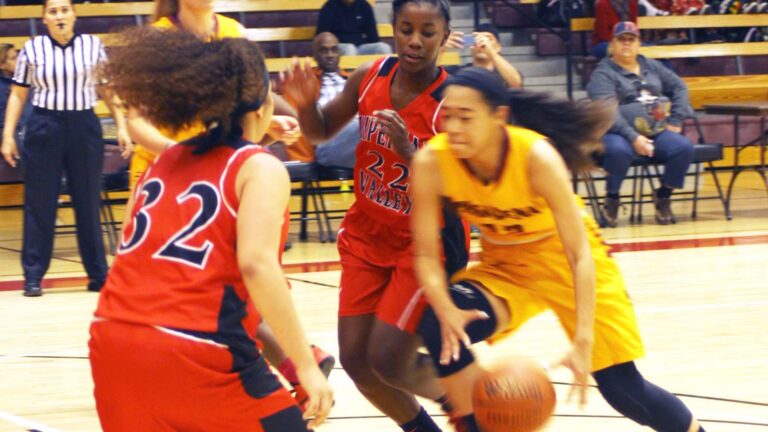 The Lancers women’s basketball team squandered a double-digit lead they held for most of the championship game on Sunday and fell to Long Beach City College 62-57. Playing on their own home court was a big part of Pasadena’s 46-point win against Imperial Valley College on Friday and 53-point win against Pierce on Saturday. The home court played little advantage in the final game, as Long Beach fans’ noise echoed in the gymnasium during the entire 40 minutes of the game.