The Lancers beat Rio Hondo 10-6 in a South Coast Conference game hosted at the Aquatic Center on Oct. 19.

The victory was a team effort. Coach Terry Stoddard rotated the lineup throughout the game so that players with less experience played in lieu of the starting lineup.

“I thought today we played really well as a team. We’re starting to expand our offense to [incorporate] more players. We aren’t going to be able to play a big team with just our starting lineup, so games like today are important,” said Stoddard.

One reserve player that stood out was Naoni Padilla, who made eight saves in the second half.

“Padilla did a great job for us. It’s nice to have two quality goalies like Gregg and her,” said Stoddard.

“Games like this are good for the team because [Rio Hondo] is at the same level as we are and all the girls get to play in the game, which is important for any team with a small bench. It is good for everyone to get experience so we can rotate through the lineup against tougher teams,” said Shelby Gregg, the Lancer’s primary goalie.

“We ran our ‘counter attack’ which did very well today. We have to have a counter attack to be able to play other teams with more speed. We went with a couple different lineups. Where we would normally have starters playing, we’d sub in other players to get them to work offense. It was really a 10-2 game but we took a lot of risks,” said Stoddard.

Makenzie Blank, the top scorer for the Lancers this season with 59 goals in 18 games, had a difficult time fending off the ample defense Rio Hondo placed on her.

“Mak has become a go-to scorer for us,” Stoddard said. “What’s great about Mak is she is adjusting to the way other teams are starting to come down on her. She is becoming a passer as well as a scorer, knowing when she does draw two defenders, she can get the ball to an open player for a shot.”

The Lancers also fought through the Battle at the Beach Tournament last Friday and Saturday at Long Beach City College.

In the game against Saddleback the Lancers reserve players, who played a majority of the game, showed great stamina by setting a steady pace that was carried on throughout the game.

Kathleen Little scored her first career goal in the last minute of the game and Shelby Gregg played brilliantly from the goal with 11 saves and 1 steal. Milene Minassians played well both offensively and defensively in this game with four goals, two assists, and one steal.

The game against Sierra College was an exciting one for the Lancers who started the game off by scoring the first goal and completely shutting out the other team in the third quarter.

Again, Minassians was a key player in this game who scored a long range shot with 18 seconds to go securing the win for the Lancers.

On Saturday the Lancers were matched against two of the best teams in Northern California because of their victories on Friday’s portion of the tournament.

“This was a moral victory!” said Coach Stoddard about the game against Merced. “[Merced] is arguably the best team or one of the best teams in Northern California this year.

“We played very well together, very tough and very smart,” she added. “We made a name for ourselves with how we played against both of these teams from the North!” 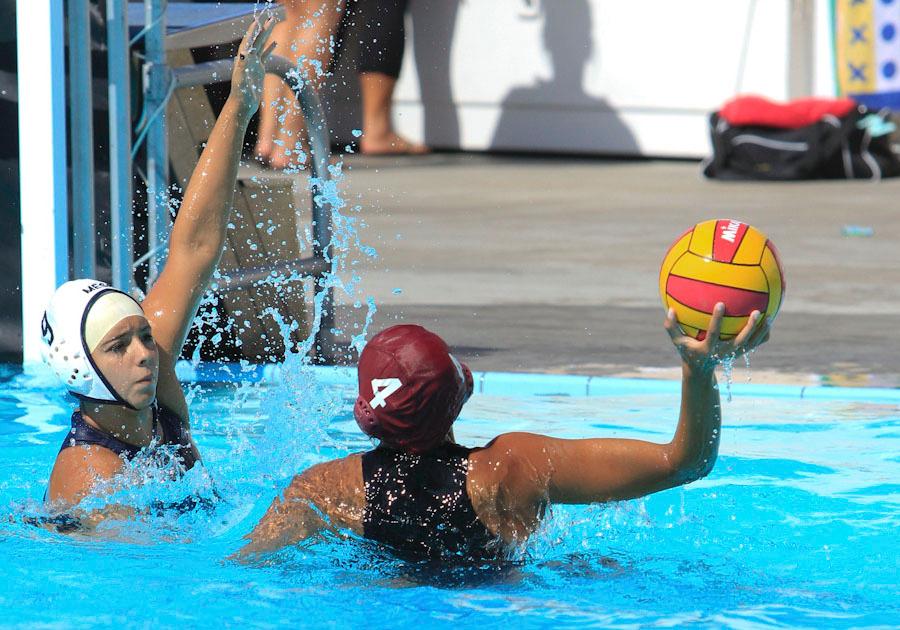