The Lancers’ Cheerleading and Dance department held tryouts on May 24-27 in the W building.

Although PCC has never had a competition squad, LoVett is hoping to build a squad to compete against other schools. She encourages the women to take a gymnastics class to learn how to tumble, perform handstands, and work on cartwheels.

“I would like to get the girls to learn more about gymnastics. It would help them learn new moves,” said LoVett.

During the auditions, the coach was looking for specific characteristics in the women.

“We’re looking for sharpness, spirit, and the way they pick up material and how they retain it,” said LoVett.

LoVett talked with the judges of the auditions and planned on communicating with the  women’s references before she releases the names of the new squad.

The coach had some words of encouragement for the individuals who tried out: “Work hard and if you did not make it the first time, come back and try out again!” 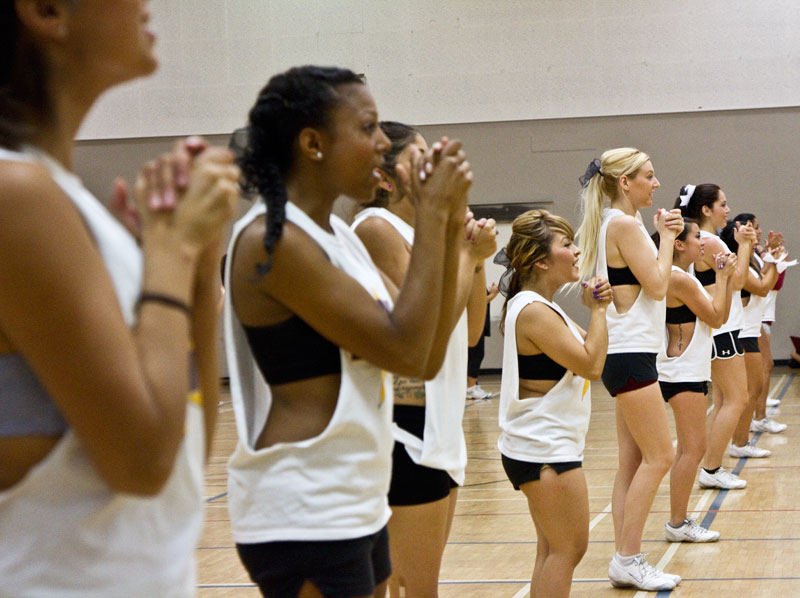 PCC students try out for the Lancer pep squad in the W Building on May 26. Results were released on Friday. (Kari Kase/Courier)