MLB should go all-in on gambling 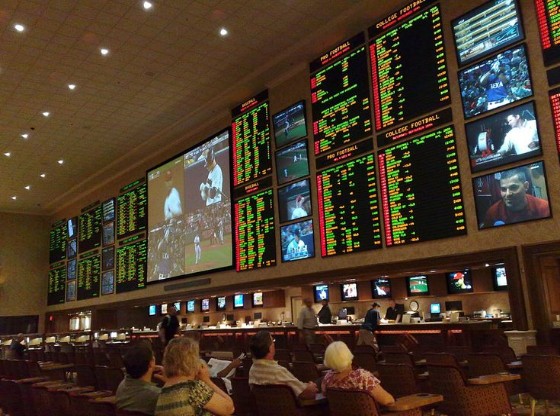 Earlier this year, the Supreme Court reversed the Professional and Amateur Sports Protection Act of 1992, which banned gambling in states other than Nevada.

With the new ruling, Major League Baseball (MLB) who has had a history of gambling scandals – has now partnered with MGM to help baseball fans gamble on games. This new partnership can potentially do something that Commissioner Rob Manfred has been trying to do ever since he took over: save baseball.

For years now, MLB has been faced with the glaring problem that people are not watching the sport anymore. There are multiple reasons why people are no longer watching America’s pastime: games are taking longer than before and the strikeout rate has jumped, meaning there is less action for the casual fans.

With gambling now legal, there is a possibility of a renewed interest in fans. According to a survey done by SportsProMedia, 88 percent of MLB’s target demographic, which is 18-30 year olds, would find the game more interesting if they could place a wager. This is great news for Manfred as he has tried to appeal to a younger audience.

There is some concern, however, of cheating happening, or games being fixed, which has happened to baseball before. The infamous 1919 Black Sox intentionally lost the World Series in exchange for money. More recently Pete Rose received a lifetime ban after it was revealed he bet on games he played in and managed.

The fear of fixed games is warranted, but most players won’t take the risk since this is how they make a living, and MLB will most certainly make sure no players ever place bets during their careers.

The benefits of allowing gambling, even in stadium, can be be the key to the future. Attendance dipped four percent from last year, and was under 70 million for the first time since 2003. Allowing high rollers to rent suites would be a huge boost to revenue and attendance. Even casual fans will be more drawn to the games.

The full impact of allowing betting in MLB is unknown. The 2019 season will surely be a precursor to what is to come, but as it stands now MLB needs all the help it can get, and betting could save baseball.