Skip to content
By: Alumni Staff Posted on February 29, 2012

Due to the uncertainties of the schools budget, The U-Building will remain in use until the temporary classrooms are completed, according to college officials.

The U Building, while said to be still safe, is not up to current seismic standards. “There is a need to replace the U Building,” said Richard Van Pelt, vice president of administrative services, but the college still needs to use the structure, he added. However, due to the ever- increasing budget cuts, finding the money to replace the U building may be tough. “There is no money set aside for its replacement”, Van Pelt said.

The cost to replace the U Building will be about $40 to $50 million, Van Pelt said. “The district is seeking money from the state but it’s a long shot,” he said. The task of replacing the U-Building would not be a short one either. It will take at least five years to fund, design and construct a new building, he said.

“The initial drawings are in front of the state.” Said David Douglass, dean of the natural science division.

However, until this happens, classes will be held in the temporary classrooms in lot 5A. “The Science Village is scheduled to be in service for the start of the fall semester,” Van Pelt said.

“My staff is very excited to move into the new facilities”, said Douglass, who added that since he was a student at PCC in 1976, there have been no new labs. Douglass also said that he isn’t happy to be working in a building that isn’t up to current seismic code, but he still comes to work.

“I do need to stress that the current plans only call for the [vacating] of the U Building, and not its replacement.” “We need to get the people out of the building at the earliest possible time.  Then we will put a fence around the building in order to wait for funding,” Van Pelt said.

Classes are still being held in the U-Building. Most of the classes conducted there are natural science and health science. 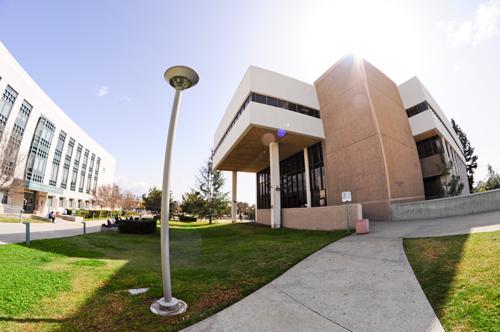