Skip to content
By: Alumni Staff Posted on February 22, 2012

PCC police took extreme measures in keeping the peace for the Feb. 22 board meeting.

Students inside the CC building were evacuated at 4 p.m., with the exception of authorized personnel including faculty with offices inside. Later, campus police set up a security check in front of the downstairs entrance. All other doors were locked and guarded.

“Because of the demonstration yesterday and the volatile nature of the situation, we are taking these measures,” said Interim Chief of Police Frank Scialdone.

Scialdone said the precaution was taken because of minutes in an Occupy LA meeting on Monday that encouraged protestors to come tonight’s meeting and “get rowdy.”

At around 5 p.m., police began admitting people after searching their bags.

“This is a safety issue,” Scialdone said. “We don’t want signs, we don’t want weapons. Occupy LA prompted these measures.”

As of 7:10 p.m., the meeting had not started yet, but the crowd both inside and outside the Creveling Lounge have begun protesting.

Update: The meeting had finally started at 7:33 p.m., and 5 Pasadena police officers have arrived for crowd control. 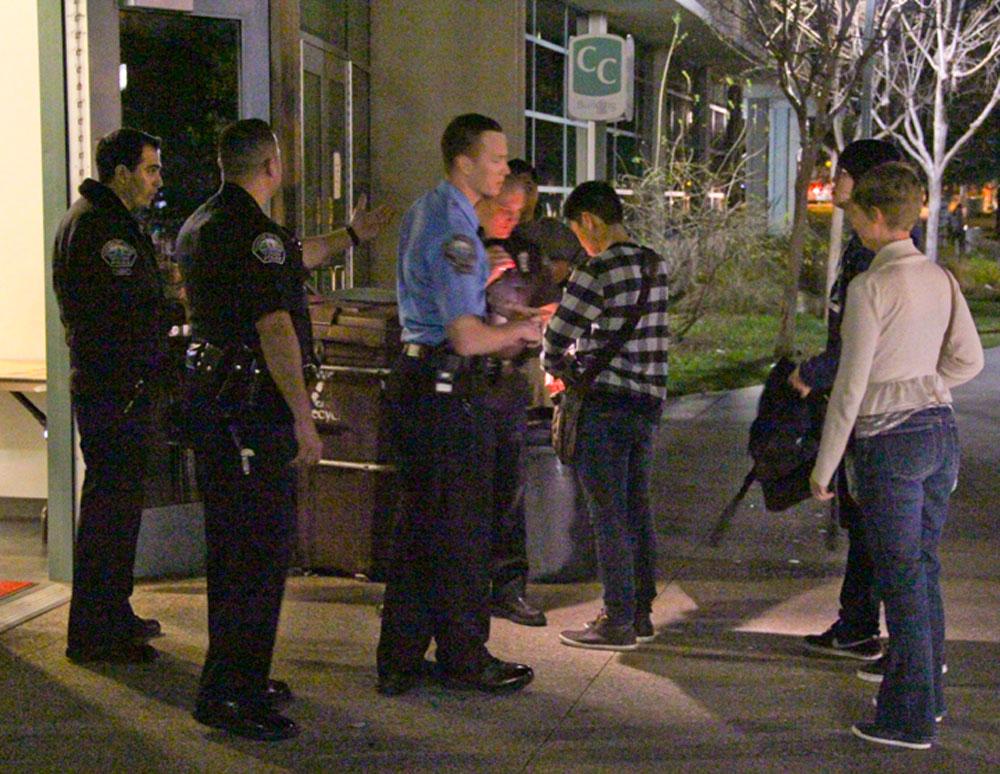 Campus police set up a security checkpoint outside the CC Building in preparation for the Board of Trustees meeting. Campus police checked bags and regulated the entry of students. (Justin Clay / Courier)