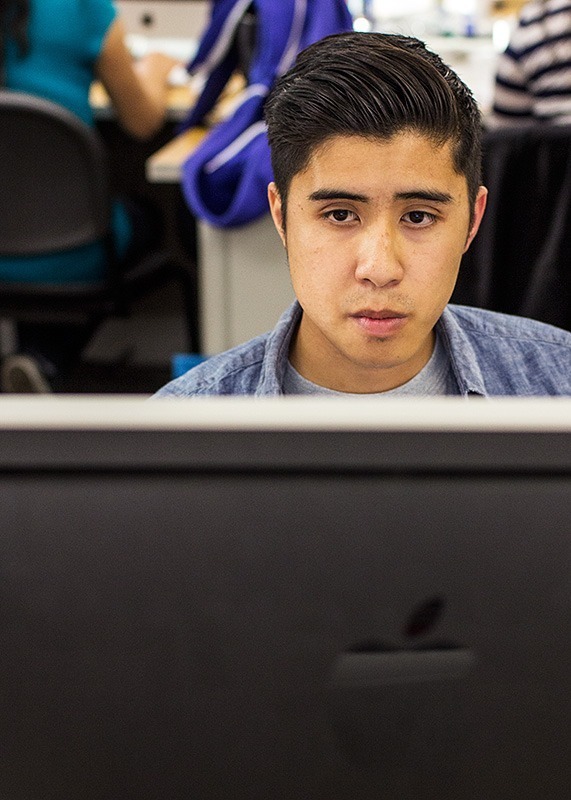 There was a feeling of apprehension in the newsroom on Thursday. Minutes before the start of class, I saw Mr. Swil, the Courier adviser, and the VAMS dean, Joe Futtner, walking away from the classroom, and their conversation looked serious. In the newsroom, people became uneasy; class was delayed and no one knew why.

Rachel Fermi, the photo adviser ended up as an impromptu sub. She didnâ€™t say why Swil wasnâ€™t there.

We would learn later she knew that Swil was put on paid administrative leave, but he was not given a reason why. She had as many questions as the rest of us. But Swil is not allowed to talk to us.

After sifting through all the rumors and coming up with verifiable facts, we knew we had to write a story about it.

What we didnâ€™t realize was how big the story would get. People began to speculate that the administration was flexing its muscle to bring down the Courier for what the administration perceived as poor coverage; effectively censoring a first amendment newspaper. It was not too far-fetched to think that because just two days prior, President Mark Rocha came to the newsroom and vocalized his problems with the Courier.

As our online article became viral, I personally began getting calls and emails from different newspapers, ABC news, KPCC, and the Student Press Law Center, asking me to tell my side of the story. This was all new to me. I had always reported the news, but this time, I was the news.

Over the weekend I racked my brain, trying to make sure that we were covering the story fully, objectively, and to the best of our ability. My main concern was that the newspaper continue its award-winning work, and that the atmosphere in the newsroom remain â€˜business as usual.â€™

The Courier has never experienced a situation as crazy as this. With finals around the corner, and the end of the semester approaching, no one knew that we would be tested like this. But we have more than proven ourselves to be ready. We have already overcome this immense challenge. Our paper is proof of that.

3 Replies to “LETTER FROM THE EDITOR: Perseverance under pressure”