Communicating concepts by spoken word can be difficult when speaking in a second language. Now, think of doing just the same, only with no words at all. “It’s just different when you’re signing to someone,” signed American Sign Language professor Kimie Casale, who is deaf.

Professor Casale’s class can seem as daunting to a new-comer as a foreign language class, only more silent: To take roll students’ names are spelled out letter-by-letter, whereupon students have to raise his or her arms to show they are present.

Also, it is practically impossible for a student to be excluded in the class discussion.

“The class is different because the teacher can’t hear us or speak to us, so we HAVE to pay attention in class, which is great because we will learn a lot from her [that way],” wrote Jonathan Yepez, who is working toward becoming an ASL interpreter, in an email.

Professor Casale comes off as lively, even eccentric at times, but one can quickly sense her level of passion for teaching.

To her, expression is key in learning sign language.

She stresses the value of students being clear in their understanding of ASL.

Just as certain spoken languages cannot be translated word for word through another language, such variance exists for ASL.

“That’s what makes students more focused and pay attention because their eyes have to watch how the signs are made, how the hand motions are, the shapes, [and] the location,” Casale signed.

“It’s different when you have to listen visually,” she signed.

To illustrate how important the above is, professor Casale likes to tell her students a story of a hearing student from CSUN whose first time it was among a group of deaf individuals at a party.

The student was still new at ASL and was nervous to go, but she went anyway. At one point during the party, she wished to offer a deaf individual an apple from a table with snacks on it, but mistakenly signed, “do you want sex?”

for apple is the same as sex; the only difference is in the positioning and movement of the hand on the face.

“That’s why students have to pay attention and be careful when they learn,” Casale signed. “You have to see it, then understand it.”

Having a strong understanding of ASL offers greater opportunities of employment, as a shortage of interpreters in various occupations is typical.

Whether in nursing, airport services, or anything involving customer service, there always is a high demand for anyone that can interpret ASL, maybe more so than in spoken languages.

“There’s only a few, and we really need more. There’s a lot of opportunity to find a job in that field,” Casale signed.

Jeff Ingram, interpreter for the interview for this story, concedes in what professor Casale thinks.

“I would agree, we never have enough interpreters,” he said.

Ingram, who also interprets at LACC and GCC, had called the interpreter office that day asking if a last-minute interpreter was needed, landing him two spots including this one.

Professor Casale looked to her daughter, an 18-year-old college sophomore struggling to find work – who began learning ASL at the age of four – for an idea to persuade more students to attend ASL courses: Instead of working long hours in fast-food or retail for minimum wage, a student, having at least a basic understanding of ASL can post flyers offering their service, charging up to $15 an hour. “It’s better than working all day, eight hours a day, not making anything,” Casale signed.

“Knowing more than one language is a natural way to make more money,” she signed.

Marina Ahn, who is following a Speech-Language and Pathology Assistant Program, in an email wrote, “I would recommend this class to other students. Everyone can benefit from learning a different language and that’s what this is, a different language. The best way to learn is hands-on and [the class is] definitely hands-on. 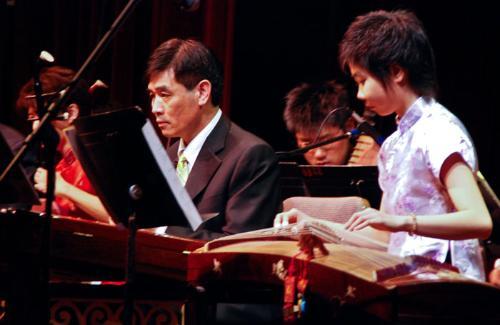