From toys to space travel and candy to body parts, the grand opening of the “Fab Lab” this month showcased the groundbreaking technology that Pasadena City College offers in the emerging realm of 3-D printing.

The creation possibilities are limitless. The 3-D printers used by the Fabrication Laboratory can build machinery such as model airplanes and furniture. More advanced versions of the printer reproduce materials at the forefront of medical advancement.

“You can 3-D print organs and bones. The future is really in the field of medical advancement,” said David Harbottle, a member of the PCC Engineering Club,

The most typical version of 3-D printing is fuse deposition modeling (FDM) and uses plastic resins to create layers that fuse together. This is the type of printer used at PCC in the “Fab Lab.”

In addition to all of these possibilities, a 3-D printer can also accomplish a task atypical of most machines: reproduction. Some 3-D printers are capable of making more working 3-D printers. One of several 3-D printers in the Fab Labis handmade, meaning students printed it with another 3-D printer. To accomplish this, they print necessary parts with the existing printer, which are then used to create another. The original machines cost between $20,000 and $30,000, but printers can make new ones for about $700.

Though the technology was developed in the 80’s, in the last two or three years the use of these machines has taken off. A recent article from Bloomberg news by Elizabeth Lopatto reported on an actual example of this technology being put to use to create body parts.

“Last year, a 3-D printer was used to create a structure from moldable polymer that replaced more than 75 percent of a patient’s skull,” wrote Lopatto.

Not only used to better life on Earth, 3-D printing aids the possibility of life beyond this planet. NASA will be sending a 3-D printer into space for the purpose of creating parts in case of emergency. Astronauts won’t have to wait for new parts to arrive and can potentially journey further from Earth with less risk.

The idea that anything can be put into a printer to create something new now exists as well. A small machine called a Filabot can take recycled plastic bottles and refine the material into the plastic filament needed to create new materials with the printer.

Though several classes use the printers as part of their curriculum, the Engineering Club uses the printers the most. Charles Song, another club member, explained that learning in a formal setting is not necessary.

“You actually don’t need class to learn how to create things, the rubber meets the road in the engineering club,” said Song.

Harbottle who has also been in the club for four years, didn’t have to take classes in order to learn how to create items with this mind-blowing technology.

“In the club I learned how to make things,” Harbottle said. “In classes they typically teach you in theory how to build objects, but they don’t really practice creating things.”

The school offers engineering technology design classes that teach students the 3-D printing software, which they then use to create blueprints for pieces that get printed. These classes can definitely be helpful when learning how to craft objects with the printers, but students don’t get as much hands on practice, according to these members of the engineering club.

With all of the beneficial possibilities that these printers possess, they can be used for fun as well. PCC student and engineer club member Daniel Ngu presented some of the souvenirs club members gave away at the opening.

“We made little figurines, small cats and rabbits, for the Fab Lab opening we gave them away to people who attended” said Ngu, “You can also engrave things. You can even 3-D print candy.”

Currently the Fab Lab is only for students in the technology department or involved in the engineering club. This summer the lab will be offering classes open to the community, that teach people how to use the printers. 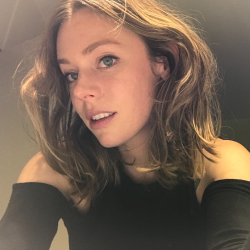