Early in her undergraduate career, Professor Karen Carlisi had no idea what she wanted to do, much less which degree she wanted to pursue.That all changed during her senior year, when a friend recommended she study abroad in Poland. Her experiences in the exchange program led her to become a teacher.

Originally from Rochester, N.Y., Carlisi got both her bachelor’s in English and master’s in applied linguistics from the State University of New York at Fredonia.

She also earned her doctorate at Macquarie University in Sydney, Australia.

Carlisi studied in Poland twice, the first during her senior year as part of the student exchange program. She later returned to participate in a post-graduate program.

Fluent in English and Polish, Carlisi has visited at least 25 different countries. In addition, she has taught English in Poland and Japan. Two of her passions include travel and cultural exchange.

Carlisi has been teaching at PCC since 1997. Before that, she taught at San Diego State University. She has also written two textbooks on the subject of grammar.

Carlisi enjoys reaching out to her students, always encouraging them to succeed. She teaches ESL and linguistics.

For seven years, Carlisi was the director of Writing Across the Curriculum, a program in which faculty were trained to help with students engage in critical thinking and reading as learning tools.

Best thing: “Discovering my love of literature, languages and writing. That was the moment I knew I could learn and do something I love.”

Worst thing: “The feeling of being lost and not knowing what I really wanted to do. I wasn’t serious enough in my early college years when I didn’t have a vision of what I wanted to do.”

Most interesting: “It has to be during my graduate [school] years. That’s when I was becoming deeply involved in the area I enjoyed.”

If I could go back and change one thing: “I would have loved learning more [as a student] earlier in my college years because I was clueless during those times.”

What I know now I wish I knew then: “No matter what the class is and no matter who the teacher is, as a student there’s always something to gain from it.”

Student Opinion: “Carlisi is a special person. She has a great sense of humor, and most important is her ability to listen to students and their questions,” said Susan Alsail, a radio production major, who took Carlisi’s ESL class last semester. 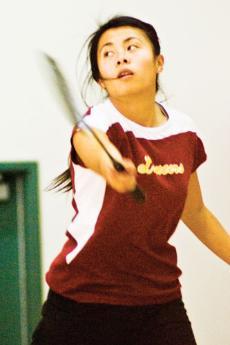