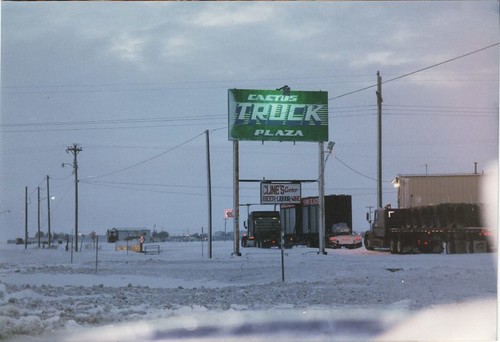 Winter clutched Texas with a frigid steel grip, digging its arctic talons into the state’s power infrastructures. Its wrath cast a permafrost over the residents’ already deepening electricity supply crisis. The arctic rampage crept up upon Texas’s water mains and pipes by freezing them solid or ruptured into oblivion. Millions of Texans were forced to deal with loss of power and heat as well as the fear of a severed water supply.

“For Texans, it felt like the warning signs of an incoming Ice Age,” Robert Dennett, a student at the University of Texas, said. “As soon as we saw snow begin to start caking around the neighborhood, my family and I started to stock up as if an apocalypse was about to happen. We already recently bought three brand new generators, now we just needed to stock up on as much food and supplies before the roads turned into icy deathtraps.”

Texans had to resort to more primitive means of ensuring their survival through the cruel winter storm. They reached for portable gas stoves, battery powered heating blankets and lit arrays of candles across their homes in order to see through the viscous shadows engulfing their home.

“It really felt like camping inside of our own home, except without any charming wildlife and the fact we weren’t on a camping vacation and could possibly very soon freeze to death in the future,” Dana Jimenez of Austin said. “By the time we chewed through half of our butane canisters, we had to start using the fireplace as a bonfire and going through our supply of lumber before clearing out our gas.”

Those fortunate enough to maintain fortified electricity faced a challenge on the financial front. A few Texas residents were smacked across the face with obscenely large electricity bills. This is the result of residents having their power bills tethered to market prices rather than a fixed rate. The risk being that market prices are dangerously vulnerable to wild fluctuations whereas fixed rates don’t suffer from random hikes.

“Last month our electricity bill barely reached $145 for a house of three people, but once Texas went sub-zero we almost got a heart attack,” Zachary Gunsan of Tomball said. “Opening up the mail and finding out we had to pay over $3,000 for power pissed me and my roommates off like hell. Just because we were lucky and didn’t have our power murdered by Elsa, we have to drain some of our savings to clear the bills.”

A war veteran from the Dallas suburbs was even forced to nearly empty his savings in order to pay off his $16,752 electricity bill due to this power crisis. The root of the cause stems from the spike in electricity-demand in Texas. This of course, instantaneously threw wholesale power prices past the stratosphere, reaching costs over $9,000 per megawatt hour. To put things into perspective, the normal rate is reported to be merely around $50 per megawatt hour.

The freak of a snowstorm may also be perceived as a harbinger of climate change validating warnings of the Arctic warming backed with years of research. Environmental scientists deduced that the unnaturally rapid warming of the Arctic destabilized the polar vortex in the North Pole. The rise of temperatures severely weakened the latitudinal jet stream, the air current responsible for trapping freezing air deep within the northern hemispheres preventing it from blowing down to lower latitudes.

Texas also was warned about their vulnerabilities the state’s electric grid suffered if faced with unprecedented winter wrath. Ten years again in 2011, federal energy regulators advised Texas operators to winterize their power plants due to their poor insulation and subpar protection against violent icing. The irony there, lies in the fact that the state is vehemently persistent on maintaining an independent power grid separate from the rest of the country to prevent “federal interference”.

“This shows a disastrous level of under preparation,” civil and environmental engineering professor at Rice University Daniel Cohan told TIME. “We knew this weather event was coming … What went wrong?”

After over a week enduring a merciless snowstorm, Texas now faces a water crisis rooting from hemorrhaged water mains and pipe systems. This ordeal acts not only as a case when the consequences of under preparation and poor heading of foresight wreak utter havoc, but as foreshadowing to what the rest of the world will face if humanity doesn’t cool it with the fossil fuels.

The end is near for…