Student artists, parents and friends gathered in the gallery in mass crowds to admire artwork from many types of mediums. Blood on canvas, sculptures, paintings and photography decorated the tall white walls. Guests snacked on cookies and cake while marveling at the art. Chatter filled the room with “congratulations,” and loving hugs greeted artists in front of their displayed creations.

The Student Juried Show opened Thursday, Nov. 24, at the Boone Family Art Gallery at Pasadena City College (PCC). It showcased 51 chosen art pieces of over 200 submissions from PCC students. Juror Ike Onyewuenyi, the curatorial assistant at the Hammer Museum and UCLA graduate, picked each piece to be showcased and selected the winners.

Onyewuenyi was unable to make an appearance at the opening reception of the show. Gallery director Mahara T. Sinclair and Visual Arts and Media Studies Dean Lynora Rogacs hosted the reception and announced the winners on behalf of Onyewuenyi.

“It’s a great experience for the students to have their work exposed to someone in the art community of Los Angeles,” said Sinclaire. “They get a taste of what it’s like to be an artist with the highs and the lows. Sometimes we get rejected, sometimes we get the rewards. You never know.”

Onyewuenyi did not need to follow criteria when he selected artwork and winners. The gallery deferred to Onyewuenyi’s opinion because of his professional resume. Still, he was encouraged to choose work from different fields. 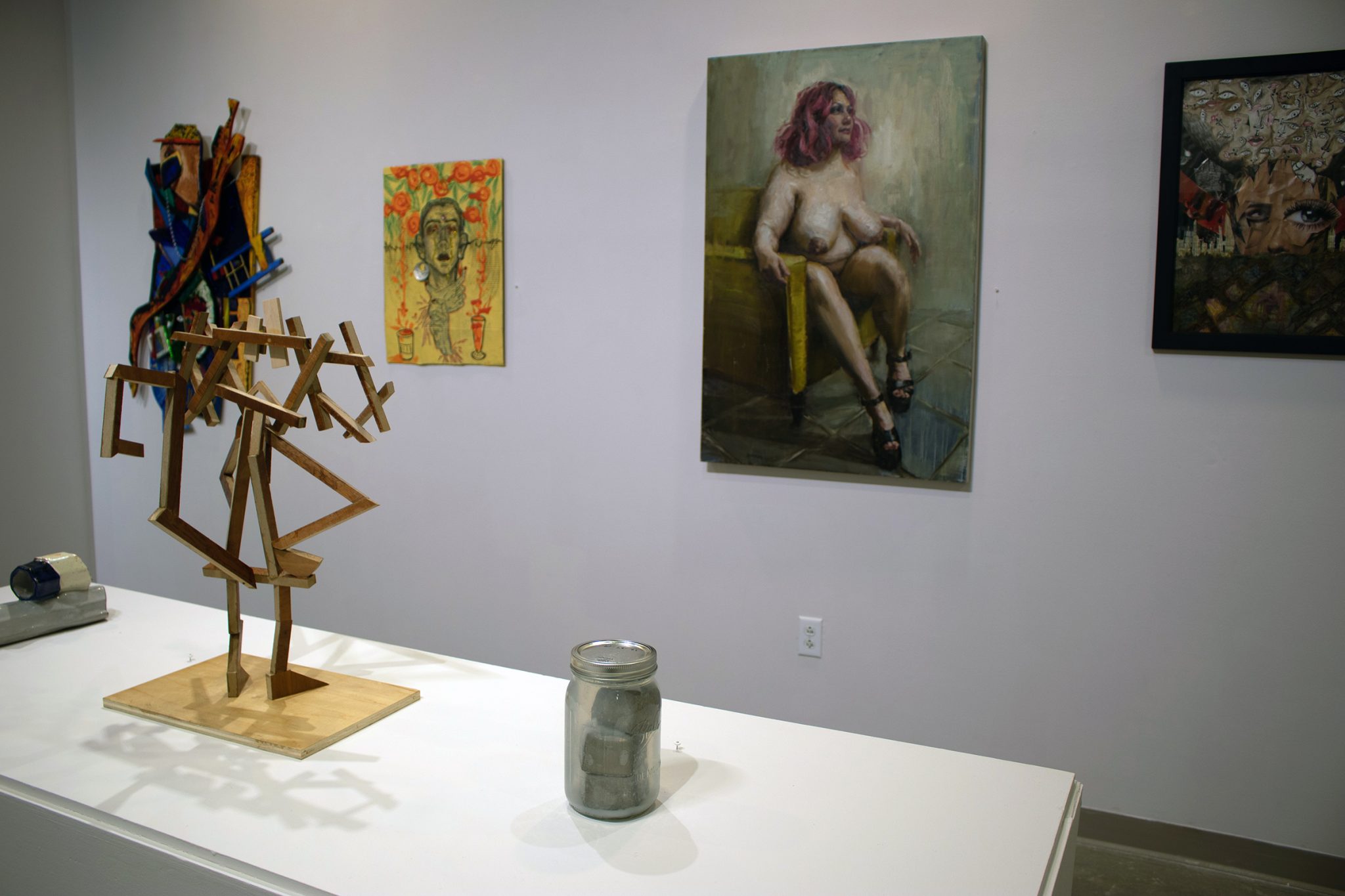 Sabrina Katarjian, a studio art major, is finishing her second and last year at PCC. The nature surrounding her home influenced her “Golden Orchid” created on black etching paper with acrylic showcased at the gallery. It is Katarjian’s first time to have her artwork selected for a show.

City Herrera, a nutrition and dietetics major, is considering switching to visual arts after her success at the juried show. Her “Anonymous Muse” is a mixed media on cardboard piece that was selected as a winner of the showcase. The event helped her realize her potential.

“I feel very grateful,” said Herrera. “Being able to have my work showcased along with other artists, I feel that it is very nice to have everything come together.”

Winners received monetary rewards. The cash came from the collection of submission payments, which was $5 for every project entry. Students are allowed to submit up to three projects for every fall juried show. Jurors decide on the dispersion of money per winner.

The student juried exhibition will run until Jan. 9, 2020.