Apollo enters on a guitar, with a soft strumming and emotional pattern sounding similar to song intros for bands like Weezer, Radiohead, or The Eagles, a feeling of distaste and repetition that every artist has already attempted before him. In today’s world of music, it’s best to get to the point, Apollo should have used the time to be different and exciting. His use of melodically familiar guitar riffs are an excellent tool for a song, but when done with little effort, it makes you ask, why should I keep listening?

Omar Apollo’s new single “Invincible” attempts to create an emo tone with the title’s play on words and sound by asking, “if I were to go, tell me, would you notice me?” With the insert of a cable, the listener can hear the buzzing of an amp which implies a messed-up cord that lets the musician realize the value of the tools of the trade and it teaches the artist to be mindful of things otherwise taken for granted such as equipment functioning effortlessly. A musical maturity can be sensed with the subtle message.

Listening to the riveting feature of Daniel Caesar’s versatile voice, Caesar switches between Eddie Kendricks’s sweet but piercing vocal style and pop cadence, to an electronic and tightly produced dance hip-hop contemporary track. He selflessly plugs his album with lyrics, “24 hours before CS1[Case Study 01] release,” showing the capitalistic undertones of the artist. By shouting out his previous album and the success it garnered the artist clearly didn’t have another topic other than to focus on boosting his stream count. Talented nonetheless, Caesar’s true star potential is shown through his vocal range and his overall performance.

While the production is notably professional sounding, its’ lacking and boring. The bassline is present, but only when the drums drop out, driving the song and allowing the hook to propel the song’s message, “I’m not invisible”. This song is not something you’d bump in your car unless you’re on your way to church, as the vocals give a holy gospel vibe which would make it difficult for listeners in a hurry and too somber for it to be cruising music.

Although, the song is short-lived and not allowed to breathe, changing direction without reaching a concise groove. A theoretical musical stylistic choice, but singles are vital for an artist to be introduced to new listeners Apollo just lacks the ability to leave a memorable first impression.The mix of Kanye’s “Donda” vibe bridges into the electronic shuffle beat, similar to Beck’s song “Devils Haircut” and allows you to nod your head a bit and appreciate the song’s message. The track just appears as if the artist put something together quickly, manifested it into a product, and took it out of the oven too early.

The song ends like waking up from an uneventful dream. You don’t remember what you experienced because your brain didn’t think it was important enough. The song is four minutes long but there is nothing memorable that happens, the audience is left asking… What just happened?

“Invisible’s” message is depressing and not recommended for people going through a difficult time. It’s definitely a track to listen to if it came on randomly but I wouldn’t add it to the playlist or suggest it to anyone. Apollo usually brings the heat, in songs like “Ashamed”, as a songwriter and high-energy live performer, which makes it surprising he decided to go with a very lazy single. We are all allowed to explore our feelings, which is most likely what he attempted as an artist. Overall it sounds like a song in an animated movie, very safe and ready to bring in the most profits possible, the artists are talented but it’s just not that good of a song. 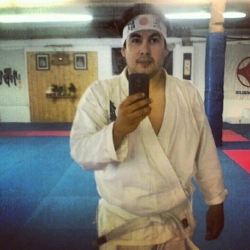 Michael Leyva
Staff Writer at PCC Courier
Managing Editor and Photographer at Courier. A resident of Bell, CA I was a witness to the corruption scandal and was directly affected. My eyes were opened and I would like to enlighten as many of my fellow humans as possible.