Home /Lifestyle/‘Lizzie’: Fine, but not worth $14 admission 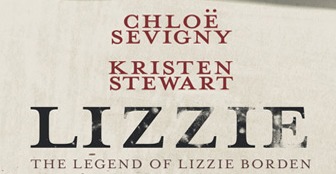 Lizzie is a movie that takes on multiple genres: thriller, drama and romance while invoking a feminist feel. When Lizzie, who was accused and acquitted of, viciously kills her father and step-mother, there also a sense of relief and freedom that is conveyed. Please be advised, there are spoilers ahead.

Lizzie is a modern day look into the famously unsolved and tragically brutal murders of Andrew and Abby Borden in their Massachusetts home during the late 1800’s, as well as, a look into the secret love affair of Lizzie and her family’s live-in housemaid, Bridget Sullivan.

Lizzie Borden, a wealthy, possibly epileptic, middle-aged woman, is strong-willed, intelligent and impulsive. Unfortunately, Lizzie is also a social outcast, mostly due to her epileptic “spells” and heavily controlled by her father. Lizzie spends most of her time in the family’s barn with her collection of pigeons, interacting with others only when necessary. There is a gloomy and mysterious tone throughout the film, and although sometimes slow at parts, it’s still easy to remain intrigued.

Throughout the movie, the Borden’s home receives anonymous, ominous hand written letters, mostly directed toward Andrew. However, the messages displayed could honestly be warnings to any member of the family, as well. “No one will save you from what is to come,” reads one of the first letters delivered, setting the tone for danger ahead. Lizzie, approaches her sister Emma with proof that their Uncle John Morse, is the author of the letters, but the idea that Lizzie might have written them herself, derive from her persistent concern of Morse being in control of their inheritance. Morse, Andrew’s brother, and Andrew himself, aren’t exactly stand-up human beings, so the concern regarding Morse in charge after Andrew’s death is justified.

Sullivan, the Irish housemaid, seems to be the only one with empathy towards Lizzie, besides Emma. The chemistry between Lizzie and Bridget begins subtly but quickly becomes very apparent as the film progresses. An uncomfortable triangle is formed as Andrew, attracted to the young and timid Bridget, begins molesting her nightly, and Lizzie, who later discovers this, begins a love tryst with Sullivan.

Tensions explode when Lizzie overhears her father asking his brother to take over for him if something should happen and Lizzie tries to confirm this with the family lawyer. Panicked, Lizzie stages an unsuccessful robbery and tries to pawn her step-mother jewelry. Once Andrews hear from the owner of the pawn shop, he goes to the barn and beheads Lizzie’s birds with a hatchet. Poetic justice is served at the end when Lizzie uses the same hatchet to kill her father and step-mother, then kills a pigeon herself, just to leave its blood on the hatchet.

All signs point to Lizzie being the culprit in this film and advocate Bridget as the not so willing, but loyal accomplice. Both women are victimized and violently reminded of “their place” in the movie, placing the audience squarely in support of Lizzie from the beginning, killer or not. Not to mention, within the hour and a half between both killings, Lizzie has two epileptic episodes, but still manages to slaughter two people. The determination to kill and be free is solidified as Lizzie strips down naked to kill her step-mother, then kills her father because naked Bridget does not have the stomach to.

It is revealed at the end of the movie that Lizzie never took the stand in the trial of her parents’ murder. The jury for the trial, made up of all men, took 90 minutes to determine a woman could not possibly commit such a crime. Typical, especially in this period, for men to underestimate the abilities and motivations of a woman. There is nothing like a woman scorned.

It is easy to sympathize with Lizzie. It’s easy to understand her motives and concerns. This film does excellent in portraying Lizzie as the protagonist and the antagonist, all at the same time, while justifying her ending actions. The movie shows Lizzie as the killer yet leaves room for doubt. If Lizzie was not the killer, the motive for whomever the real killer is, would be highly coveted. If unfamiliar with the story, questions may still arise regarding Lizzie’s history for context, but overall the feeling of “justice is justice”, would remain. Apparently, justice is just best served with a hatchet and multiple blows to the head.

Lizzie is currently showing at Arclight Cinemas in Pasadena, at Paseo Colorado.

Scene: Santa Anita Racetrack Oktoberfest
From benchwarmer to the best on the team

Kanye’s ‘Donda’ is a messy…

Sleepy? Get your caffeine fix…

‘Cruella’: A fashionable force of…

New animated feature is the…

“Madan Sara”: The women behind…