Skip to content
By: Alumni Staff Posted on October 4, 2011

At first glance, one would be hard pressed to figure out the relationship between a photograph of an abandoned village and that of a portrait of a mother and her infant — but it is in that pairing that will help retell the story of the Manhattan Project, a series of research, planning, and development for the world’s first atomic bomb.

Picturing the Bomb: Photographs from the Secret World of the Manhattan Project opened on Sept. 5 in the PCC Art Gallery as the college’s contribution to Pasadena’s Art Night, a city-wide event featuring art and entertainment in the various art and cultural institutions, and the Pasadena Arts Council’s A x S Festival, which celebrates Pasadena’s heritage of art and science.

“We have really fantastic images here,” said Brian Tucker, gallery director. “It’s made more fantastic because of what we know of their historical implications.”

PCC photography Instructor, Rachel Fermi, and photography historian, Esther Samra, compiled a collection of photographs taken before, during, and after the era of the Manhattan Project.

“What’s interesting about Rachel is that she’s been a photographer for years, so she’s a strong asset in the division’s point of view,” said Joseph Futtner, interim dean of Visual Arts and Media studies Division. “What’s even more interesting is that she’s the granddaughter of Enrico Fermi, who is considered the father of the atomic bomb. It was his theories and research that lead to the atomic bomb’s formation.”

Fermi and Samra published Picturing the Bomb in 1995, which became the first pictorial publication of the atomic bomb. Thirty-six of the images in that book will be on display in the gallery.

“This is a project that Rachel and Esther worked on for years,” Tucker said. “They not only declassified photographs that were unknown, but they got access to personal photographs as well.”

Each display will have two photographs with the intent of retelling not only the personal stories of lives changed but also the development of the research and planning involved in making the atomic bomb.

“What they’ve done for this show is go back in their archives and put together pairings of images,” Tucker said. “They’re making a gesture by putting images that aren’t too obvious in a pairing.”

“It presents the orientation of much of the country in the 1940’s and the strong desire to build a weapon as not only a deterrent, but also a weapon to end the war,” said Futtner.

The images, according to Tucker, may depict much more than what meets the eye.

“There are at least two aspects to learn from this historical event and one is that there are implications about the future. The other is how we look at art and how we interpret images that aren’t intentionally art,” Tucker said. “But these images have a lot of factors like art does and have a lot of meaning behind them.”

Futtner echoed his sentiment: “What really needs to be seen is the arresting power of photography – when you’re struck by the immediacy and the truth. What Rachel and Esther did was step back and contextualize the consequences of war in American history and also her family.” 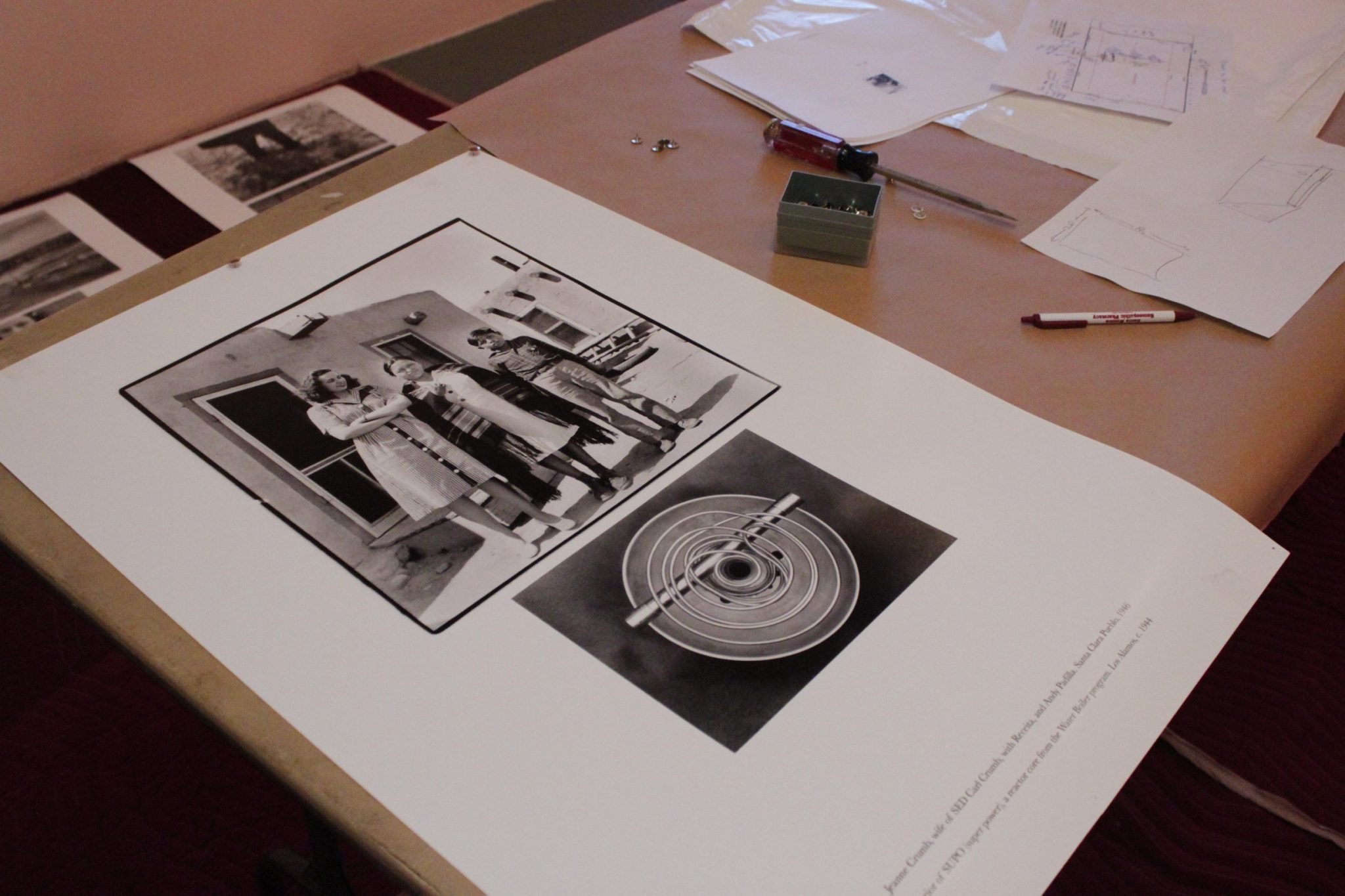 The pairing of images such as the two above of an army wife with housekeepers alongside a nuclear bomb device will make viewers think about how they relate when they visit Picturing the Bomb. (Louis Cheung / Courier) 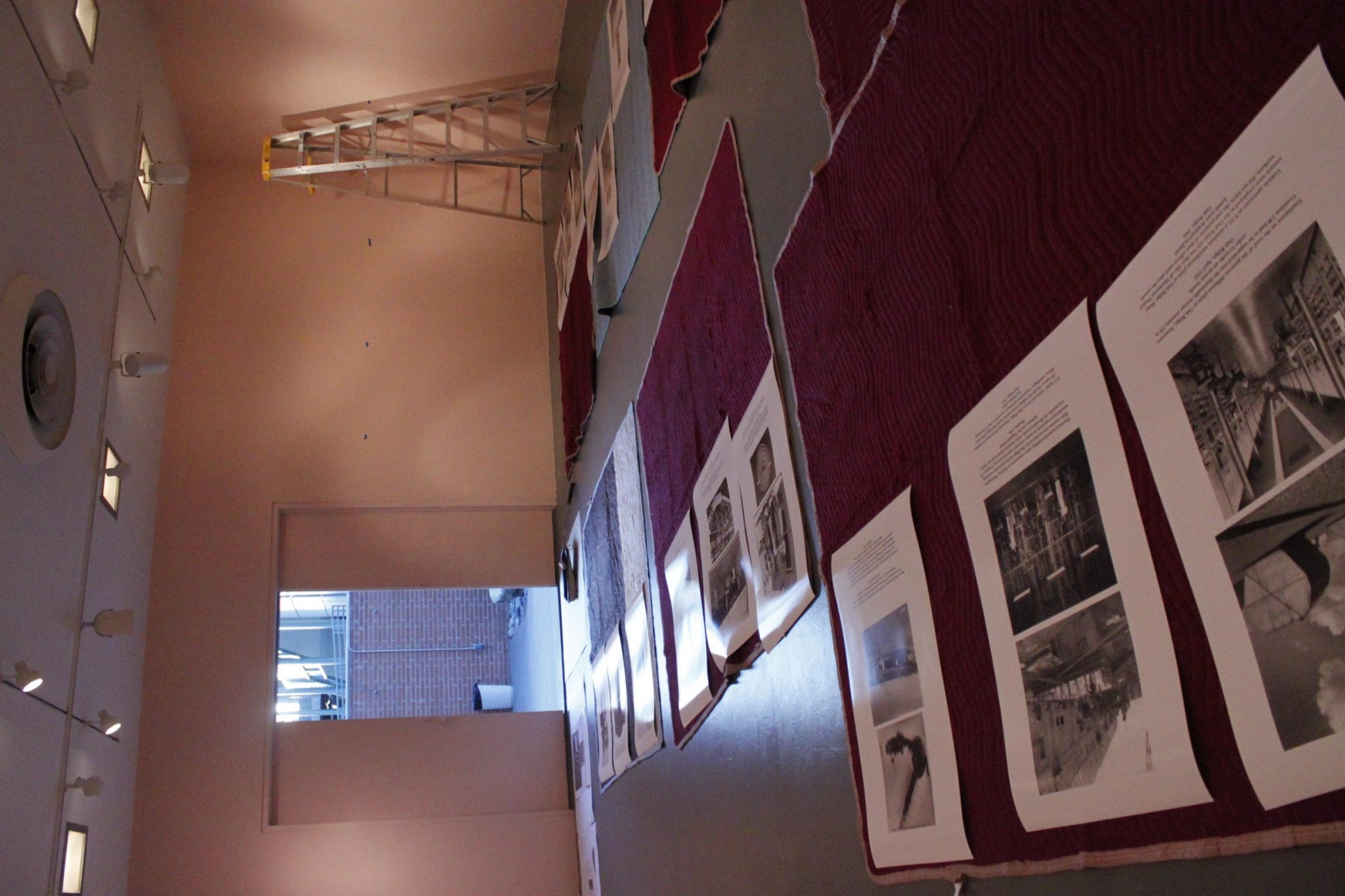