Skip to content
Posted on October 30, 2013 by: Benjamin Simpson

The women’s soccer team spent the whole game against El Camino shooting the ball. There was a moment in the second half where the ball rebounded off the post twice in one minute.

While the offense for PCC’s men’s soccer team scored two goals against El Camino College, the Lancers defense could not thwart El Camino’s offense, losing the game on Friday at home by the score of 4-2.

Despite PCC’s women’s soccer defense holding their own for the first half against Cerritos College -the number one ranked team in the state, and last years state champions- they could not keep out the goals in the second half. Cerritos scored one just before the half time break, and then four more in the second half to finish off the game 5-0, at Robinson Stadium on Friday Oct 18, 2013.

On Friday night Oct 18, the Norton Simon opened it’s doors to college students, giving free tours, art posters on the exit and a panel discussion on the art of becoming an intern.

The second annual Day Laborer Winter Coat Drive is underway. Coats, sweaters and jackets are being collected on campus to be delivered to the Pasadena and Cypress Park Day Laborer Centers. Last year over 100 items were collected.

PCC forward Sergio Benitez called for the ball with five minutes left to play and the score even at 2-2 against El Camino College Compton Center at Robinson Stadium on Oct 22. George Barba launched the ball forward and Benitez controlled the pass with one touch at the edge of the 18-yard box. With his next touch of the ball Benitez launched a strike into the back corner of Compton’s net. 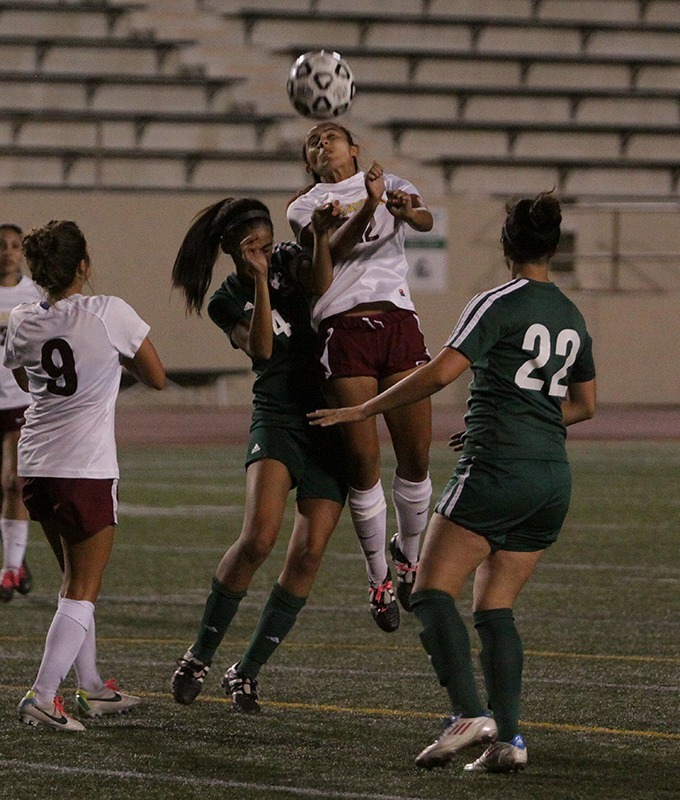 Pasadena City College’s keeper saved a penalty in the final minutes of the game to keep the score level in the 1-1 draw.

The women’s soccer team scores three to open their conference season with a win at El Camino.

With a goal in the last moments of the game, the men’s soccer team won their opening conference game against El Camino.

In a physical game that featured yellow cards and minor defending mistakes that led to each goal, the Lancers held their own with the state’s No. 2 ranked team.